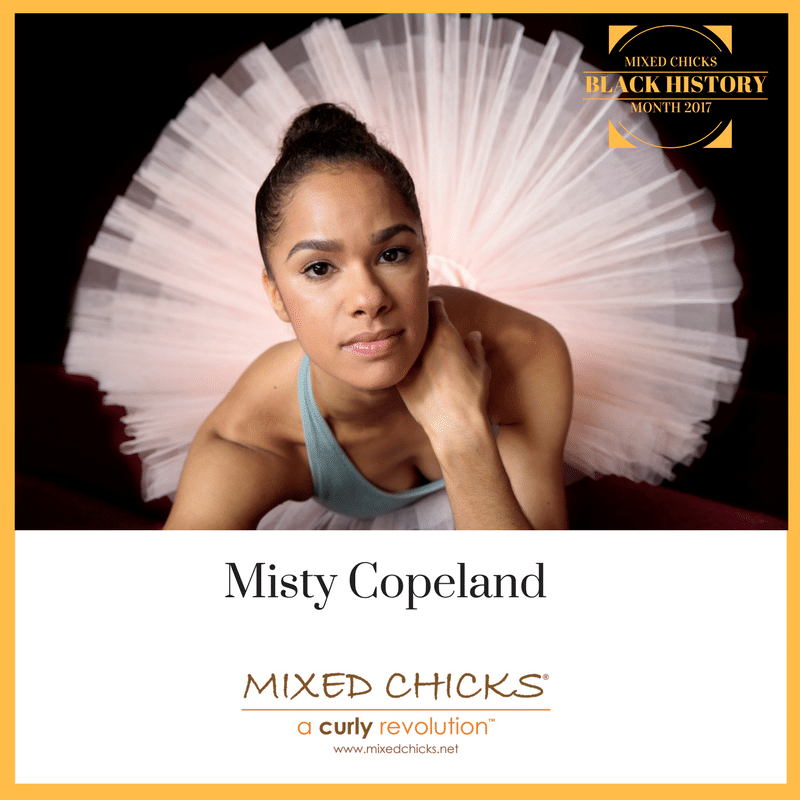 It’s Black History Month and we are all about celebrating pioneers, activists, visionaries, entrepreneurs and leaders who have worked hard to push the African American community forward with their contributions.

Today’s Black History Month Person of Distinction is Misty Copeland, an acclaimed ballerina who was the first African-American performer to be appointed as a principal dancer for American Ballet Theatre.

Born on September 10, 1982 in Kansas City, Missouri, Misty Copeland endured a tumultuous home life to find her way to dance, eventually studying under California ballet instructor Cindy Bradley. Copeland joined the studio company of American Ballet Theatre in 2000, becoming a soloist several years later and starring in an array of productions such as The Nutcracker and Firebird. An icon whose star shines beyond the world of classical dance, in late June 2015 Copeland became the first African-American performer to be appointed as an ABT principal dancer in the company’s decades long history.

With a non-traditional entry into ballet, Copeland has created buzz outside of that world due to her being one of the few African-American performers seen in classical dance. In a meteoric rise, she has continually acknowledged the responsibility she feels to brown girls looking to make their way in the art form. Her trailblazing accomplishments have been recognized by a range of institutions, and in spring 2015 she was named one of Time Magazine’s 100 Most Influential People, a rare feat for someone from the dance world.

In June 2015, Copeland became the first African-American woman to dance with ABT in the dual role of Odette and Odile in Pyotry Ilycih Tchaikovsky’s Swan Lake. Then on June 30 of that same year, Copeland scored a monumental achievement covered the world over, becoming the first African-American performer to be appointed an ABT principal dancer in the company’s 75-year history. At a subsequent news conference, an emotional Copeland stated in tears that the announcement marked the culmination of her lifelong dream.

The ballerina has also become a tour de force in the literary world, publishing two works in 2014: New York Times best-selling memoir Life in Motion: An Unlikely Ballerina, with journalist Charisse Jones as co-writer, and the award-winning children’s picture book Firebird, with art by Christopher Myers.

In May 2016, Copeland inspired a Barbie doll wearing a costume reminiscent of the one she wore in Firebird. The doll is part of Barbie’s Sheroes program which honors female heroes who break boundaries.