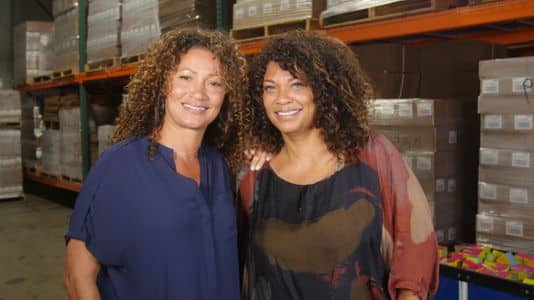 Never work with friends and family.

Only work on projects you’re passionate about.

These and more are popular rules many of us hear when starting a business.

I not only adhered to these guidelines, but years after founding and selling 3 businesses, I also found myself automatically repeating these mantras in my advice to entrepreneurs.

For 15 years, I truly believed there was a business rulebook and if followed it, success would come.

But in just one afternoon with Wendi Levy Kaaya and Kim Etheredge, co-founders of the international beauty products company Mixed Chicks, I realized I was wrong. The scrappy duo made it clear through their inspiring entrepreneurial journey that the rules were made to be broken.

I sat down with Levy Kaaya and Etheredge for USA & Main’s Uncommon Drive series, where I interview the world’s top creators and founders. I use these interviews as an opportunity to share, gladly accepting my role as conductor. But that wouldn’t be the case with these women. In this interview, I was not only the interviewer, I also was the student.

The lessons started coming even before we met in their offices just outside of Los Angeles. A quick Google search of their story makes it clear that Levy Kaaya and Etheredge are tenacious. Being in business for 15 years and reaching revenues in the millions is quite a feat: The beauty products industry is one of the most highly competitive in the world.

I believe the Mixed Chicks founders’ entrepreneurial secret is their willingness to break from conventional forms of running a business and simply do what they believe is right.

Here are just four examples of how Levy Kaaya and Etheredge have rewritten the business rulebook and what we can learn from them:

1. Formally educate yourself. Getting an MBA or specialty degree is often talked about as a key step to running a successful business. The Mixed Chicks defy this rule: Both Levy Kaaya and Etheridge readily told me they had had no formal business education before launching their company and they have not obtained degrees during their time at the helm of Mixed Chicks. They told me “we learn everything we need to run our business along the way.”

2. Don’t pick friends as co-founders and keep your family separated from business. I was specifically told this by an investor in one of my early businesses. Levy Kaaya and Etheredge, friends before and after their founding of their beauty products powerhouse, boldly break this rule. By including their family as everything from product testers to staff, they have rewritten one of my favorite Notorious BIG lines:“Keep your business and family completely separated.” When I asked them about how to choose a co-founder or team member, they told me the most important element is trust. 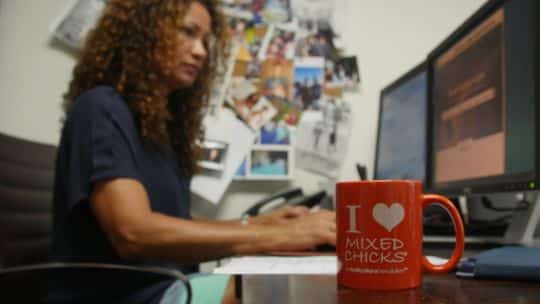 3. Focus on social media. This is a new rule entrepreneurs feel is becoming critical. The beauty products industry is highly visual and you would think the Mixed Chicks would have gone all out on their social media strategy. Now, the company does have social media within their marketing plan (and someone on staff to manage their company presence), I found it fascinating the two co-founders themselves have chosen not to enter the social media rat race — neither of the co-founders have personal social media accounts. Instead of speaking for the product, Levy Kaaya and Etheredge choose to have the product speak for itself. They are not interested in sharing with the world what they’re eating for breakfast. They said they rather focus their energy on creating unique value for their customers.

4. Don’t fight the big companies. This is one of the rules few entrepreneurs openly discuss. When you create a product that becomes successful, you undeniably will have competition. Often that competition will come from bigger companies. Even when a product is protected through intellectual property coverage, larger companies tend to find loopholes, create similar products, and squeeze small businesses. As the smaller business, you’re often forced to abandon your product line, sell the product line to the larger company, or sell your entire business to the larger company. Fighting through the courts is not considered an option because of the immense resources the larger companies have. Their playbook is to literally draw out the court battle long enough to bankrupt you. Therefore, the unwritten rule in entrepreneurship is not to fight the big companies.

The Mixed Chicks couldn’t go into great detail about their court battle with one such larger company. But instead of abiding by the rules, they fought. and after many years of battle, they successfully defended their product from a company literally 100 times their size. When I asked them why they were willing to put their company and livelihood on the line, they said because it was “the right thing to do.”