Cordell Broadus isn’t afraid to express himself through style and he wants other guys to feel comfortable doing the same!

Standing tall like his dad at 6’3” and having grown up around the Dogg Pound, Cordell Broadus (Snoop Dogg’s second-oldest son), has shied away from the music scene and is aiming his sights on the international menswear runways! In June, Cordell walked his first major runway for Dolce & Gabbana’s spring/summer 2018 men’s collection, and he’s ready for more!

We sat down with Cordell to get the scoop on what’s up next for him.

WHY THE INTEREST IN FASHION AND FILM

“Growing up, my dad would always take us to the movie theaters, and that’s what sparked my interest in wanting to direct films. With fashion I can express myself and not be afraid to be creative, and I want kids younger than me to be able to feel safe and be able to express themselves as well. I want to be a big entrepreneur and follow my dreams for film and fashion. My personal style is very masculine, but I like to add color and my own swag that’s outside of the box.”

ON THE TRANSITION FROM FOOTBALL TO FASHION

“I first started playing in high school and while I was heading towards my senior year I was actually about to quit playing football because I wanted to be more creative and use my brain more versus being so physical. As soon as I was going to quit, that’s when ESPN called my family and wanted to do that show, and by the time we were on the air my team had won the championship and it went viral and everyone in the world knew me as a football player at that point — so it was hard to just step away from football and then jump right into film. And while I wanted to go to USC and study film, I decided to follow up the championship win with going to UCLA and doing their summer football training camp. I made the team and went to practice, but deep inside I still wanted to do film and learn more about fashion. So now that I have the chance to do it, I’m going to do it!” 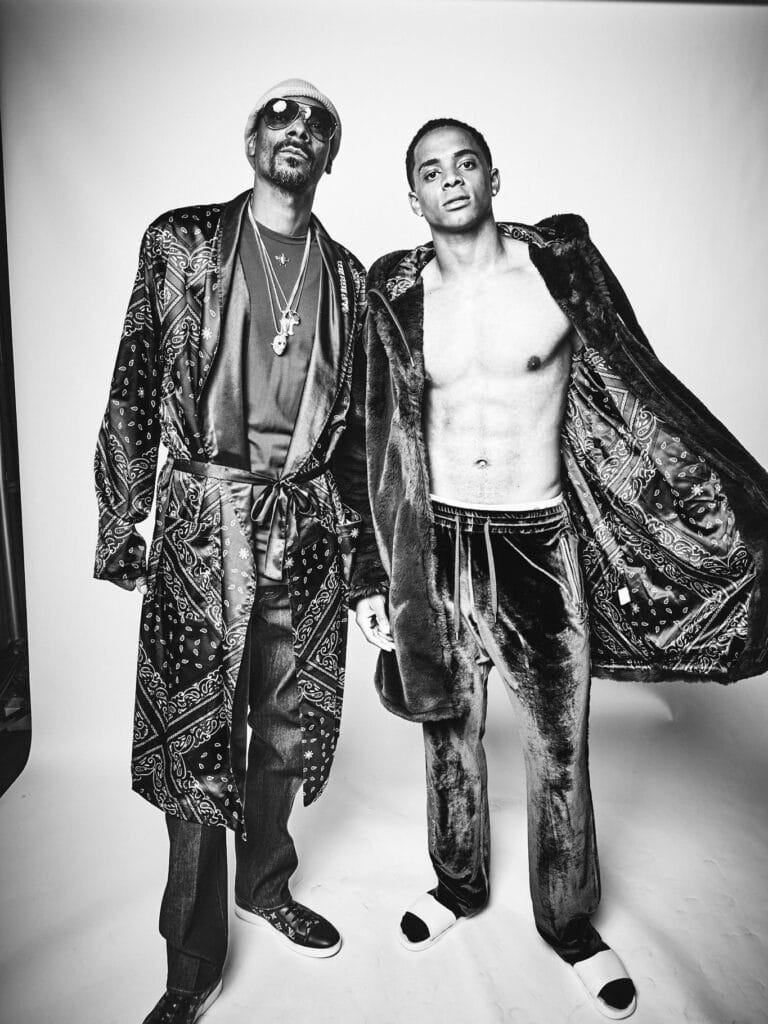 “Right now, I’m the Creative Director for the brand Joyrich, and I like their vibe and energy. The owner of the brand agreed to do a line with me using my dad as the inspiration. The first round of product revolves around all the early 90’s hip-hop style influences from LA and Snoop.” 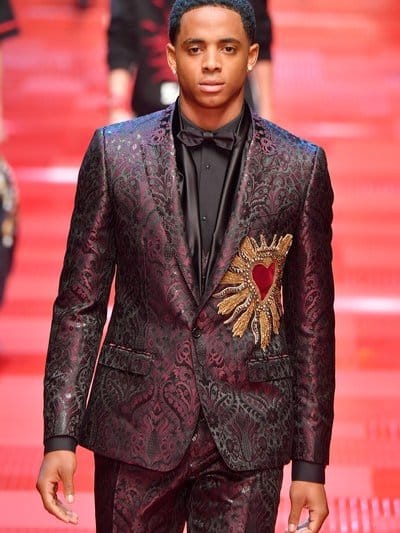 ON THE DOLCE & GABBANA SHOW

“It was my first time in Italy, and while I was out there I got to visit family on my dad’s side — my Granddad is part Italian. The runway show was dope because I was able to be myself and walk like myself as a model. It’s something I’m looking to do more of because they’re a really cool brand.” “I use the line of Mixed Chicks products for men, to keep my haircut looking fresh! And I have my barber come to the crib to cut my hair when needed.” 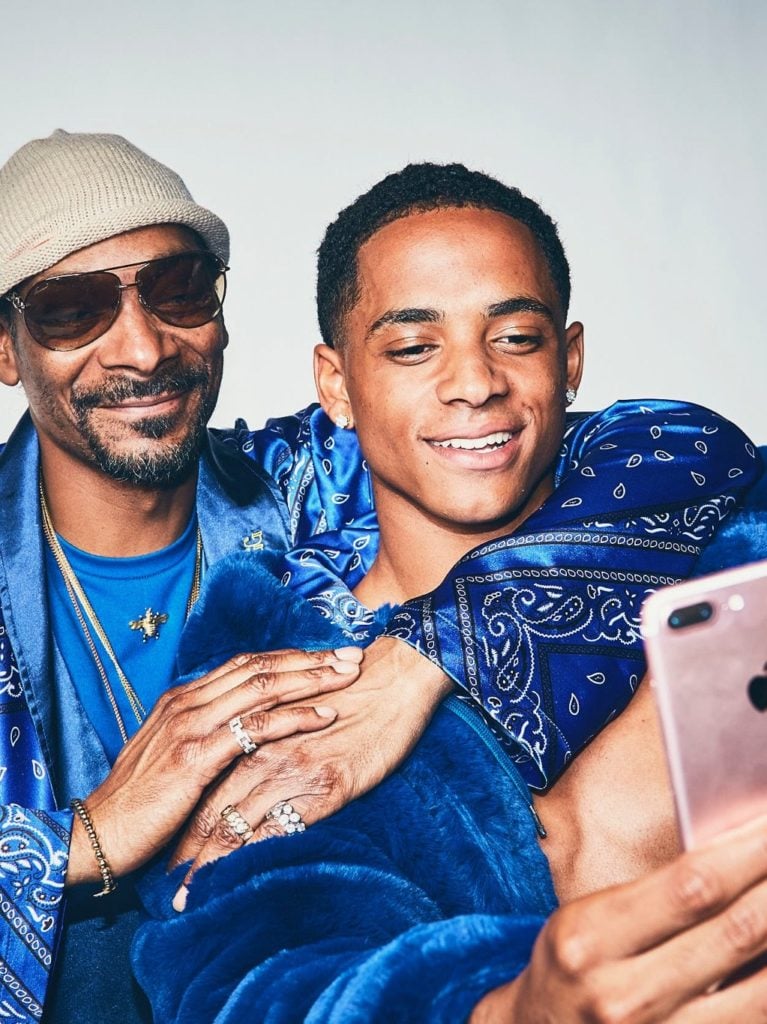 ANY INTEREST IN FOLLOWING IN DAD’S FOOTSTEPS

“Nah, not really (Lol). Me and my father are alike, but we’re completely different when it comes to our creativity — his thing is music and my thing is film and fashion. My main goal is to get signed to a modeling agency and continue traveling the world as a model and creative director! It’s completely left field from what my family is used to, but my Granddad used to be a model back in the day, so now it’s my turn!”